Teaching the proper progressions along the pyramid of skill

The Hockey Canada Player Development pyramid was created to provide the coach with a comprehensive guideline to help develop a seasonal plan. The natural progression starting at the base of the triangle emphasizes the development of fundamental skills. Fundamental skills are the foundation of each player's success.

As the pyramid is climbed, a greater emphasis is placed on individual tactics; adding the dimension of "hockey sense" to skill development. Once a player has developed the skills of skating and puck handling then the individual tactic of puck control can be learned. The player now understands the "why" of each tactic, i.e. the read and react skills that are being developed. 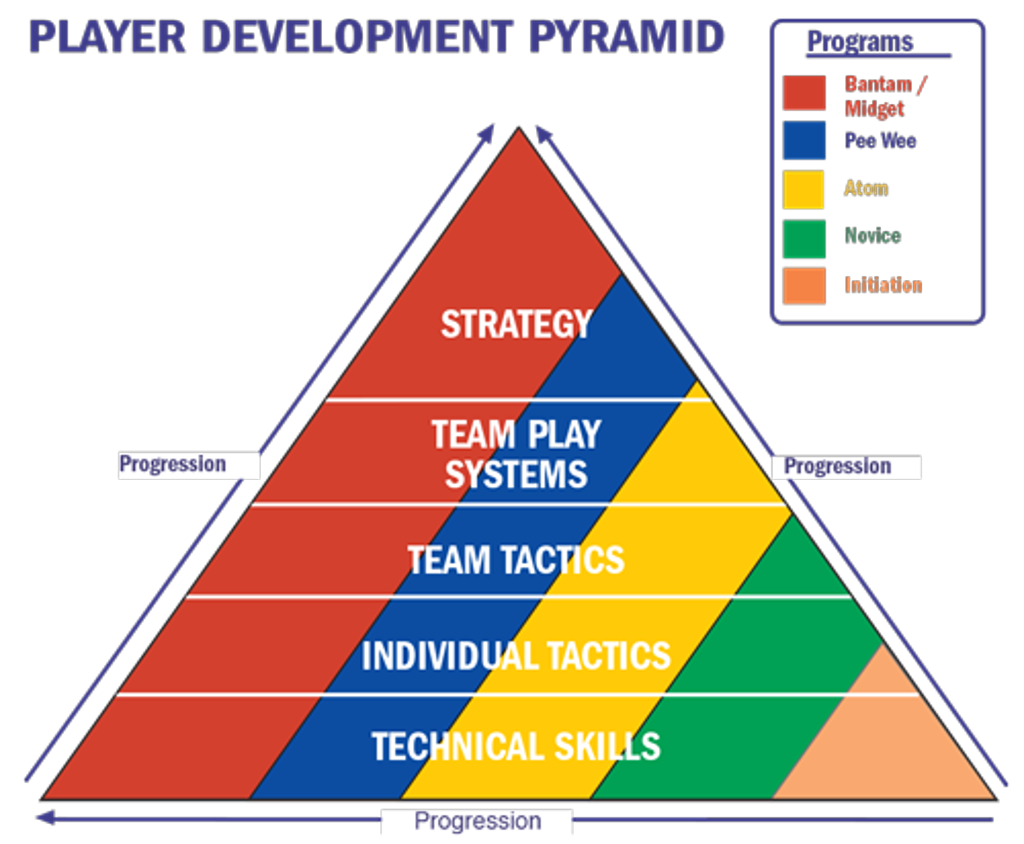 Strategy is the peak of the pyramid. It sets the style of play that will combat the opposition. The coach determines the strategy based upon their own philosophy, the age of the players, and the skill level of the team. As players age and cornpevtive levels increase, game strategies become more complex.

The age and skill level of the team defines the seasonal plan. The Hockey Canada Skills Development Programs are based on progressive steps and follow the appropriate allocation of time illustrated in the pyramid.

The fundamental skills that are required to play the game (e.g. skating, shooting,
passing and checking).

Action by one player using one or a combination of technical skills in order to create an advantage or to take away the advantage of an opponent. A tactic may be classified as offensive or defensive (e.g. 1-on-1 offensive fake and driving to the net).

A collective action of two or more players using technical skills and 1 or individual
tactics in order to create an advantage or take away the advantage of an opponent (e.g. 3 vs.2).

A pattern of play in which the movement of all players is integrated in a coordinated fashion in order to accomplish an offensive or defensive objective (e.g. 2-1-2 forechecking system).

The selection of team play systems in order to impose upon the opposition, the style of play and tactics which will build on the coach's, team's strengths and neutralize those of the opponent while at the same time taking advantage of the opponent's weaknesses.
For example: when opponent's defensive players have weak puck handling skills, the strategy might be to shoot the puck in and use a 2-1-2 aggressive forechecking system. 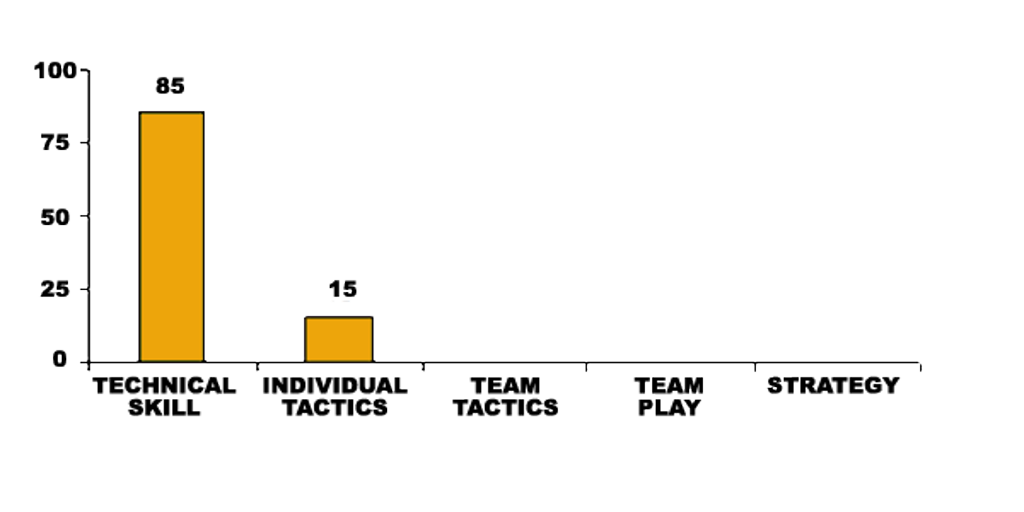 The Hockey Canada Skills Development Program for Novice hockey recommends 75% on technical skills, 15% on individual tactics, and 10% on team tactics. 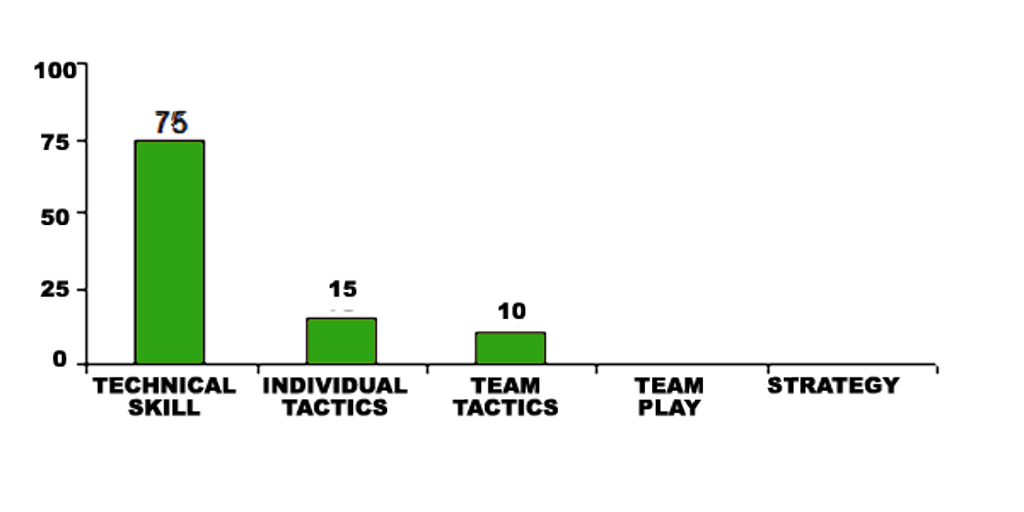 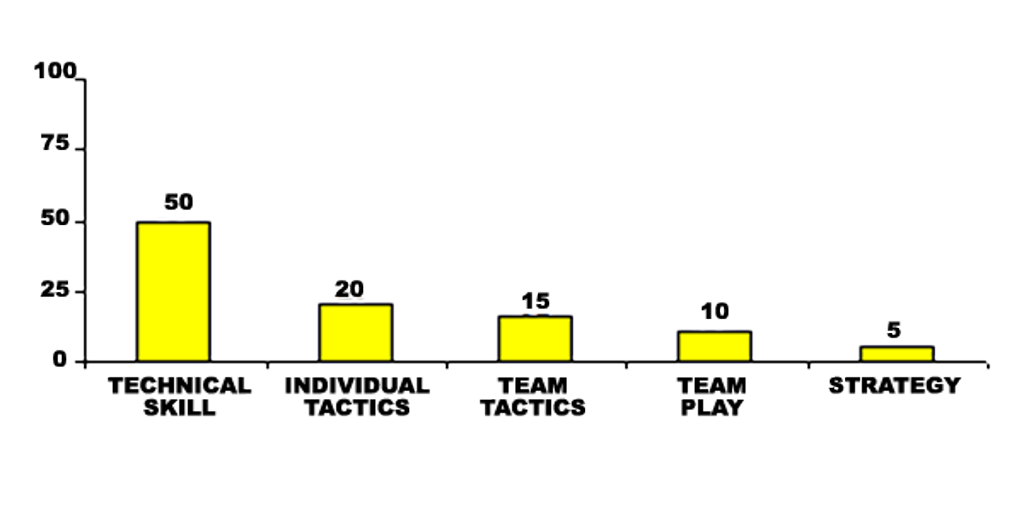 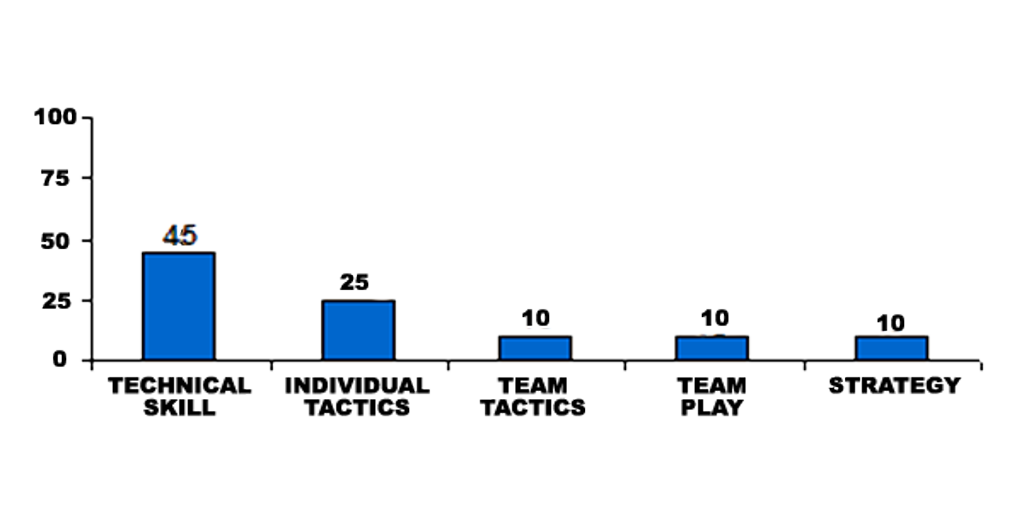 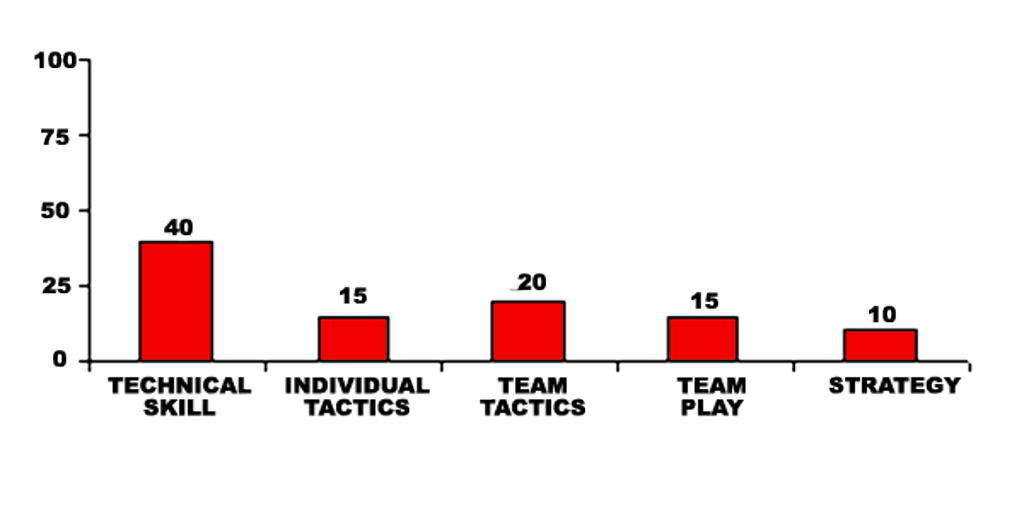 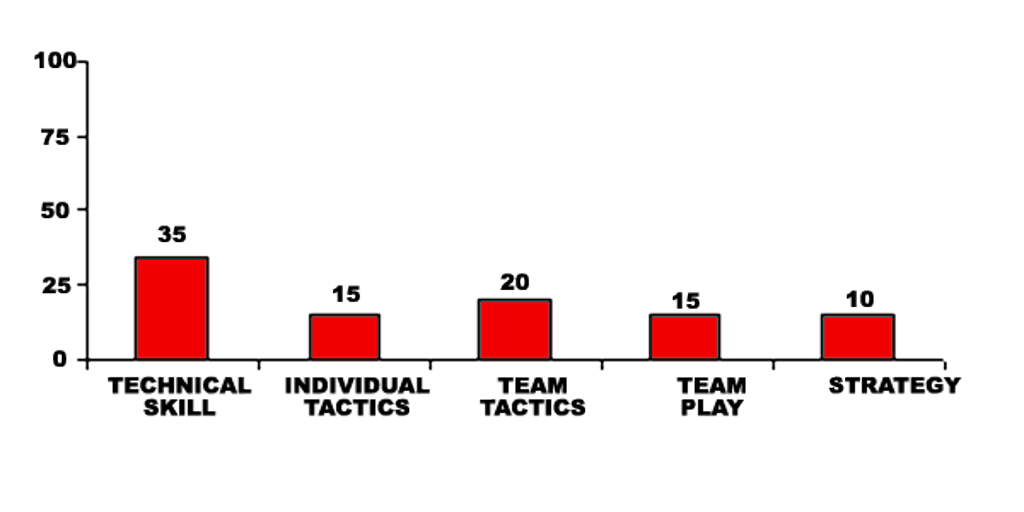