The once-undersized, under-the-radar talent is breaking through more than at any point in the past

Ten years after the NHL installed new rules aimed at ending the Dead Puck Era, smaller players had a landmark spring in 2015.

Make no mistake: the higher the level of hockey, the more it becomes a big man's game. From minor hockey on up through the Ontario Hockey League and the NHL, the once-undersized, under-the-radar talent is breaking through more than at any point in the past quarter-century. Witness Chicago Blackhawks defenceman Duncan Keith, who was passed over in the WHL bantam draft at age 15 before his growth spurt kicked in, copping Conn Smythe Trophy honours.

Or take 5-foot-9, 175-pound Tampa Bay Lightning centre Tyler Johnson, who was a free-agent signing out of the WHL, tying for the lead in NHL playoff scoring. Or the Toronto Maple Leafs making the London Knights' Mitchell Marner a cornerstone of their rebuild by investing the No. 4 overall choice in the 5-11, 160-pound playmaker. The game is freer-flowing than it was during the Dead Puck Era.

Rule changes have legislated a change in thinking at the elite levels. It's worked in favour of the littler guy.

“Not only have the rules changed, but the culture has changed,” Calgary Flames amateur scout Fred Parker says. “There are not those back pressure hits where guys are getting creamed. There's no hooking and holding so they can't water-ski off a guy. When you eliminate those that opens up space for everyone. When you open up space, the smaller skilled guys have room to play without fear. 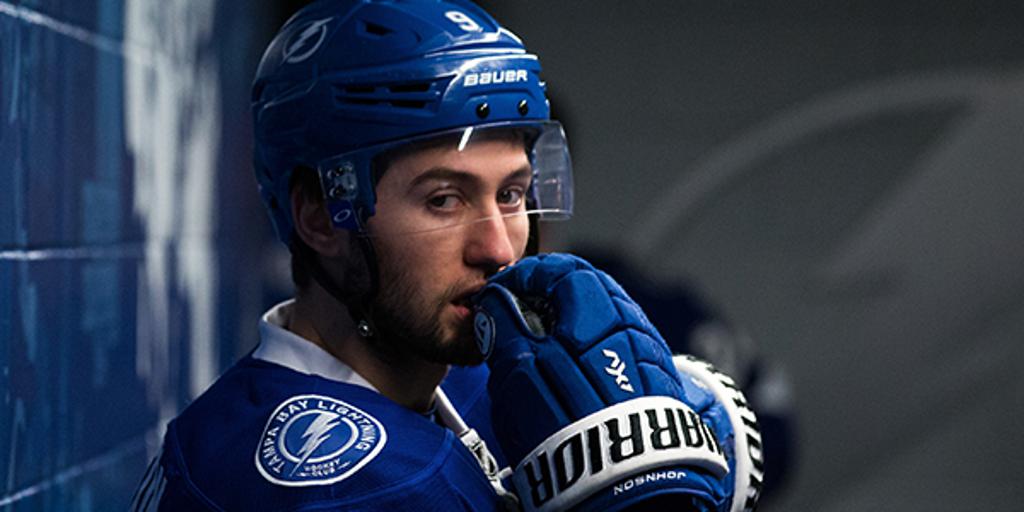 “The majority of teams have stopped putting up with guys that are headhunters or one-dimensional players who are out there trying to hit people as hard as they could,” adds Parker, whose organization's stock has risen thanks to drafting and developing youngsters such as 5-9 Johnny Gaudreau. “Not that they've laid up, but the role player who played that role isn't being put up with by his own team, let alone within the league.”

During the Dead Puck days before the centre-ice red line was eliminated, hook-and-hold defensive tactics reigned supreme. That limited the avenues for a smaller player to follow the trail of Hall of Famers such as Dave Keon, Yvan Cournoyer, Bobby Clarke and Marcel Dionne blazed across the 1960s, '70s and '80s. It's hard not to recall how Paul Kariya and Marc Savard experienced career-shortening injuries.

It's important not to overstate a trend at a time when listed height and weight of the average NHLer is 6-1, 202. In past NHL drafts, there was a pattern of teams making the safe pick first before selecting someone less than 6-foot, unless he was an unquestioned can't-miss phenom. The pendulum has swung back to the historical norm.

“It's always an evolving game and that is one of the great things about hockey ,” St. Louis Blues scout Ian MacLellan says. “Hockey really is a big man's game, for big players and strong players. But there's a role for the smaller players who skate fast, who compete hard, who bring something special to the table. They have to have skating, skills and smarts – what I call the three S's.” 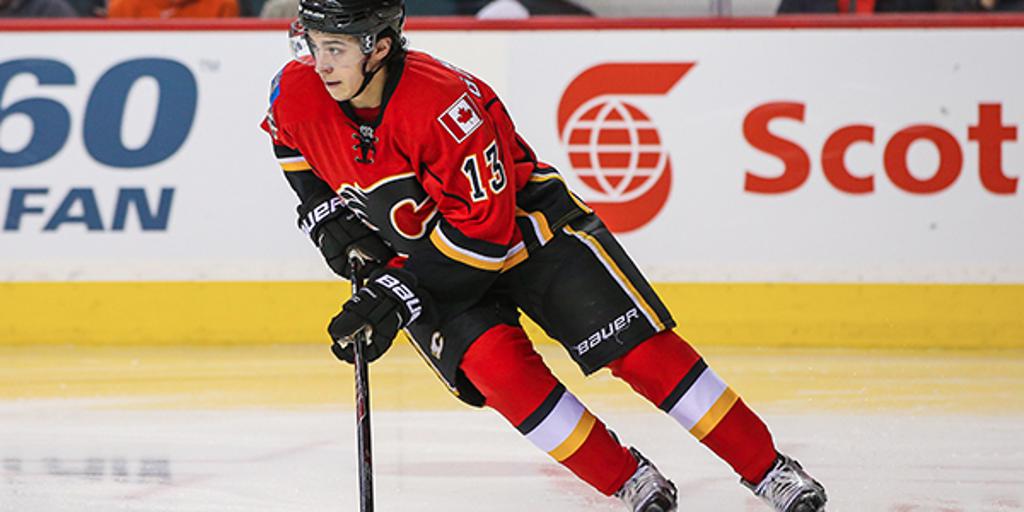 MacLellan, whose Blues chose 5-foot-10 Guelph Storm centre Robby Fabbri in the first round of the 2014 NHL draft, adds that every ambitious hockey player spends more time on puck skills and conditioning than their counterparts a decade or so ago. Equipment is also better.

“They spend so much time working on their skills and conditioning,” MacLellan says. “Composite sticks have helped the players with the soft hands... could you imagine what Wayne Gretzky at the peak of his skills, could have done?”

The added expense of buying composite sticks – whose benefits really only kick in for an advanced, strong player – and early sport specialization are issues for minor hockey that aren't going away. On the whole, they can be blended in with a philosophical shift in the sport that is helping hockey re-embrace smaller players – and not just offensive stars, but two-way types such as 5-8 Montreal Canadiens forward Brendan Gallagher. Scouts at the OHL level note that coaches are preaching a style that might be more engaging to young players. That's important at a time when hockey has more competition for good athletes and Mom and Dad's time and money. The small-but-dexterous type might pursue soccer; a taller child might seek out basketball or football or become a pitcher in baseball.

“The other night I was on the ice with a team helping with a practice and I was listening to a coach talk about, 'whenever you get the puck in the offensive zone, don't just get it deep, don't just throw it away, we want possession,' ” Kingston Frontenacs head scout Jeff McKercher says. “That's just totally, totally changed from when I played [in the late '90s and early eighties]. It used to be 'dump it in and go get it.' That is still there to an extent but the philosophy has changed and I'm all for it.”

Barrie Colts GM/head scout Jason Ford notes the current generation of juniors – the incoming 1999 birth-year cohort in the OHL is too young to remember the Dead Puck days – are all about skill. The OHL's fight cap, which calls for suspensions if a player piles up more than 10 fighting majors during the regular season, has been a strong deterrent. Only one player has been suspended for having too many fights since the rule was enacted in 2012-13.

Ford notes that players have also grown up with online video, which is a handy teaching tool. Any boy or girl can watch, for instance, a video on the NHL's YouTube channel of Columbus Blue Jackets first-round Sonny Milano keeping a puck airborne.

“The biggest thing is the fighting is down,” Ford says. “You don't see guys coming up who just want to make their names fighting. They're finding at younger ages it isn't really part of the game now, or it doesn't interest them as much.

“Also, I don't know where it started, but when I played we didn't do a lot of picking up the puck on your stick. That started a while ago and it's almost every kid now. Their stick skills are so much better compared to 15-20 years ago.”

There are certain traits a small player can show to win over a scout, and in turn an organization that's doing the drafting. Gauging hockey IQ – seeing the big picture on the ice – is more vital than ever. It creates a challenge for OHL teams that are also making projections on growing boys.

“It's tough sometimes because you're looking at these guys at 15 and there is a lot that can happen in one year with their development, let alone in 3-4-5 years,” Sarnia Sting GM Nick Sinclair says. “The big thing from my standpoint is hockey sense – can they think the game at a level above the majority of their peers?

Especially smaller guys. They have to be able to think the game. Sometimes with the smaller statured guy you will get the odd one who grows 3-4 inches. For us, the big thing is 'does the kid have hockey sense?'

Age-old attributes that make a hockey player – speed, skill, a tireless work ethic – still count as much. Many OHL teams are beginning to apply analytics to feeder leagues in order to back up their observations. That can cut down on ingrained thinking about the little guy.

“They just can't play small,” says longtime Ottawa 67's head scout Pat Higgins, whose club's captain, Philadelphia Flyers first-rounder Travis Konency, is only 5-foot-9 but an all-situations forward. “They have to have that good character. A big engine. Travis is a small guy with a big engine. He plays hard. He doesn't know he's small. Only you and I do. Marty St. Louis, everyone else thought he was small but he didn't.

“The Detroit Red Wings have always had those undersized guys,” Higgins adds. “I've always thought skill was the most intimidating part of a hockey team.”

The Oshawa Generals won the Memorial Cup in May with an imposing lineup – mobile, yet agile behemoths such as 6-5 captain Josh Brown and 6-6 forwards Michael McCarron and Hunter Smith – that carried out coach D.J. Smith's exacting detail-focused system. But their overtime winning goal on May 31 came from 165-pound Anthony Cirelli, a free-agent invite to training camp. Generals scout Anthony Herrington cites Cirelli as a player who, regardless of slender frame, can consistently get a favourable bounce in 50-50 puck battles.

“I do like a little guy who can dangle and go through defenders,” Herrington say.” Having said that, can they handle the rigour of a 68-game OHL schedule with big guys coming at them every night? What I look at is their balance. Do they keep their body positioning? Are they staying on their feet after receiving contact and making plays? With minor hockey players now they're really focused on the physical core and their edge work, which addresses that question.”

The OHL and Junior A leagues also expect players as young as 16 years old to go from minor hockey to playing full regular season of 60-minute games, plus preseason and playoffs. It's not as hard on someone with more muscle mass, which is developed over time during one's teens. With respect to determining whether that player in minor midget who's only 5-5 or 5-6 will hold up, teams like to see a player demonstrate progress throughout his season and come through in higher-stakes games. They need not be OHL-ready at age 16. For example, in 2010 current Leafs farmhand and former OHL player of the year Connor Brown was available to the Erie Otters in the 11th round since he was only 5-6 at that time.

“Putting up points in big games is key,” McKercher says. “If they aren't wearing down and don't have the injuries, that's a plus. We watch the 15-year-old kids 15-20 times throughout their draft year. You're always second-guessing, but as long as they keep putting up the numbers, you feel confident.”

For NHL scouts, they want to see how much a young player is willing to build 'sweat equity' in the gym.

“The willingness to put the work in off the ice in the summer time, it's so important,” MacLellan says “It's one of the greatest tools that young guys have to work with – how hard they work in the gym, the food they eat, how they train.”

It's important to note size still counts, but skill is more of a common denominator. For instance, last season McKercher's Frontenacs saw 6-4, 215-pound Lawson Crouse become the youngest member of Canada's world junior gold medal-winning team. In August, the Fronts were represented at Hockey Canada's summer development camp by Spencer Watson, a 5-10 pure goal scorer. But both are smart and quick on their feet.

“When I played, if you were not 6-foot, you were going to have problems playing,” says McKercher, who was an OHL defender from 1996-99. “It's maybe switched back and it's for the better. I'd rather watch a bunch of guys with skill.”

All in all, the incremental changes are making for a faster and more watchable game. Why teams got so preoccupied with size is a moot point. The fact that being able to evade the first forechecker is a more important prerequisite for a defenceman than being 6-2 is for the better. Everyone's remembered the puck is on the ice, unlike the hoop in basketball.

“What separates any player are his elite qualities – skating, vision, skill,” the Flames' Parker says. “If he's got that, he's got as much chance as anyone that is 6-foot-3. Any time I evaluate a player it has to do with what they can do while they're in the game.” 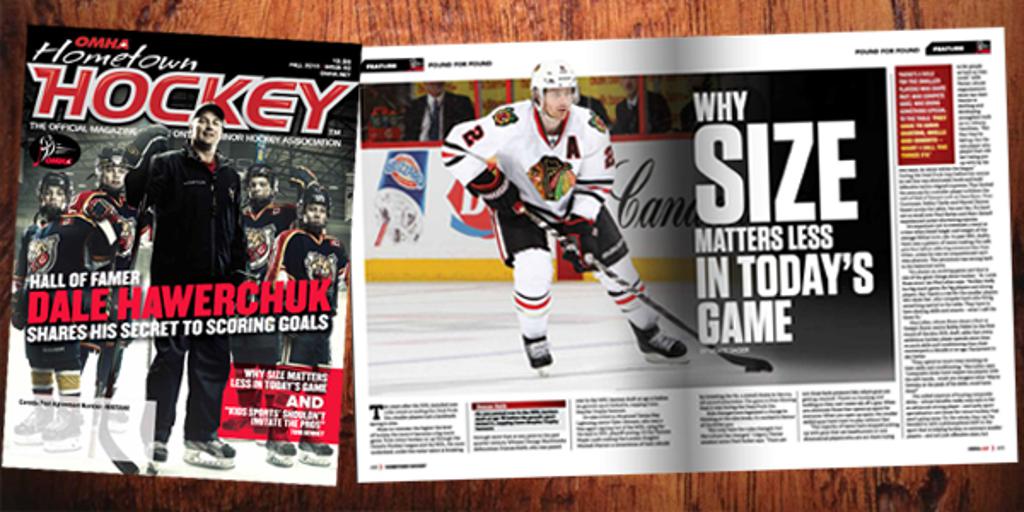 Neate Sager has covered the CHL since 2010 for Yahoo! Canada and other media outlets.