The Ontario Minor Hockey Association is proud to deliver the Fall edition of Hometown Hockey Magazine in a digital version. The magazine will to be delivered to households across Ontario each quarter and is now also be available on OMHA.net. 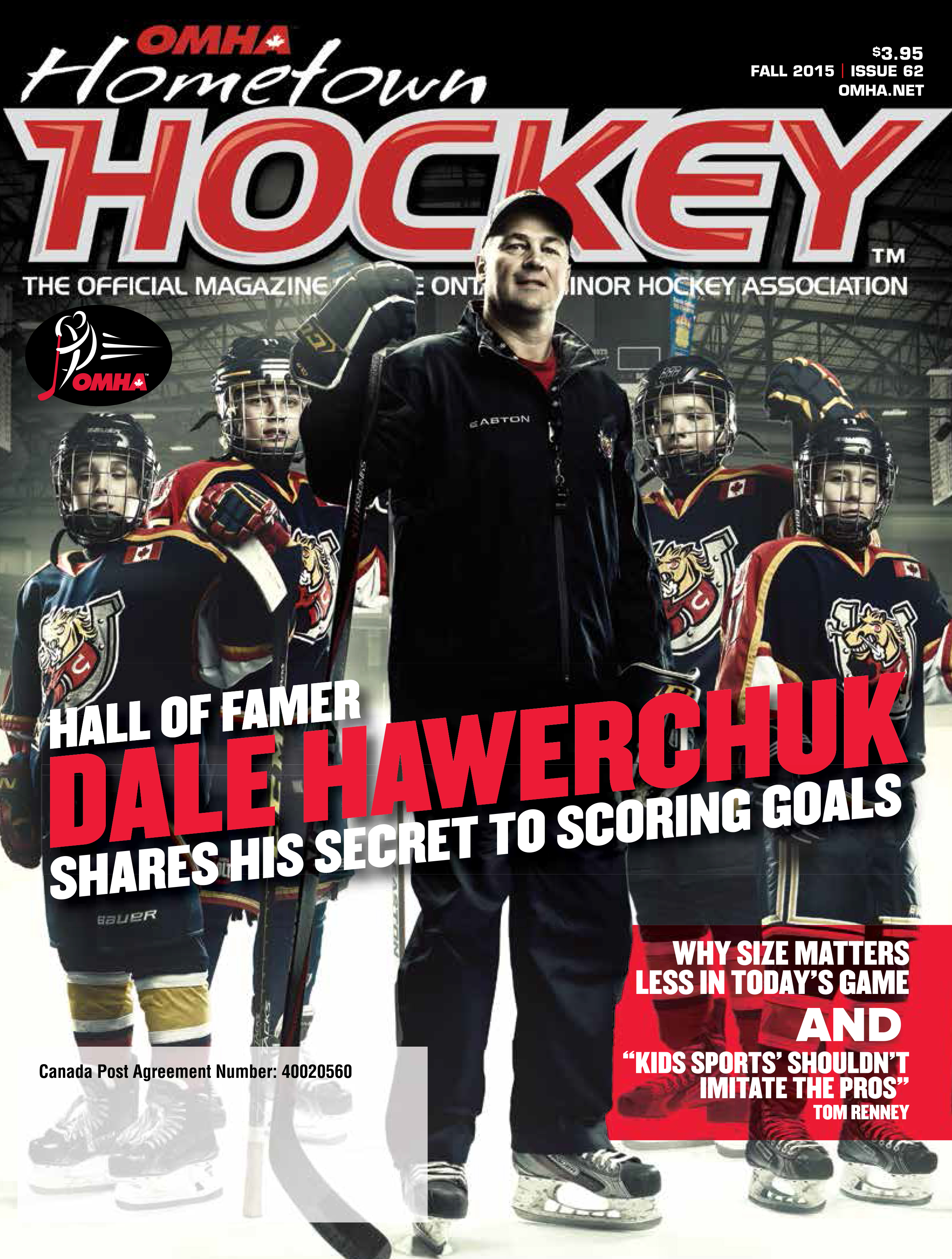 This edition of the magazine has a great offensive warmup we like to call the All Purpose Drill. One of the biggest challenges for Coaches at the beginning of the season is not only to provide a solid foundation of technical skills practice and repetition but at the same time provide game-like drills and situations.  Too often, the answer is to go straight to full ice scrimmage or games –before going this route, introduce layered or combination drills where the players execute more than one skill during drills. This provided an opportunity for players to understand when and where to use the technical skills taught.

In the feature story, we look at ways to create offense from Hockey Hall of Famer and Head Coach of the Barrie Colts, Dale Hawerchuk. To date, Hawerchuk is one of only 42 players in NHL history who has recorded at least 500 career goals. He still ranks 19th overall in career points with an incredible 1,409 despite the fact he’s been retired from pro hockey since hanging up the skates in 1997. Behind the bench, Hawerchuk has led the Colts to the playoffs in each of the last four years, teaching players about the nuances of creating offense both with and without the puck. He’s been so successful at it that Hawerchuk is sure to be coaching in the NHL in the near future.

CHL feature writer for Yahoo! Canada, Neate Sager explains why size matters less in today’s professional game. Ten years after the NHL installed new rules aimed at ending the Dead Puck Era, smaller players had a landmark spring in 2015. Make no mistake: the higher the level of hockey, the more it becomes a big man's game. From minor hockey on up through the Ontario Hockey League and the NHL, the once-undersized, under-the-radar talent is breaking through more than at any point in the past quarter-century. Witness Chicago Blackhawks defenceman Duncan Keith, who was passed over in the WHL bantam draft at age 15 before his growth spurt kicked in, copping Conn Smythe Trophy honours.

Other sections include how to strengthen your stride away from the ice in ‘Hit the Gym’, an easy three minute breakfast in the Family Fuel section, Conditioning Camp for Parents in the ‘Active for Life’ section along with other great coaching tips, parental advice, contests and games for kids of all ages.