December's Coach of the Month is... 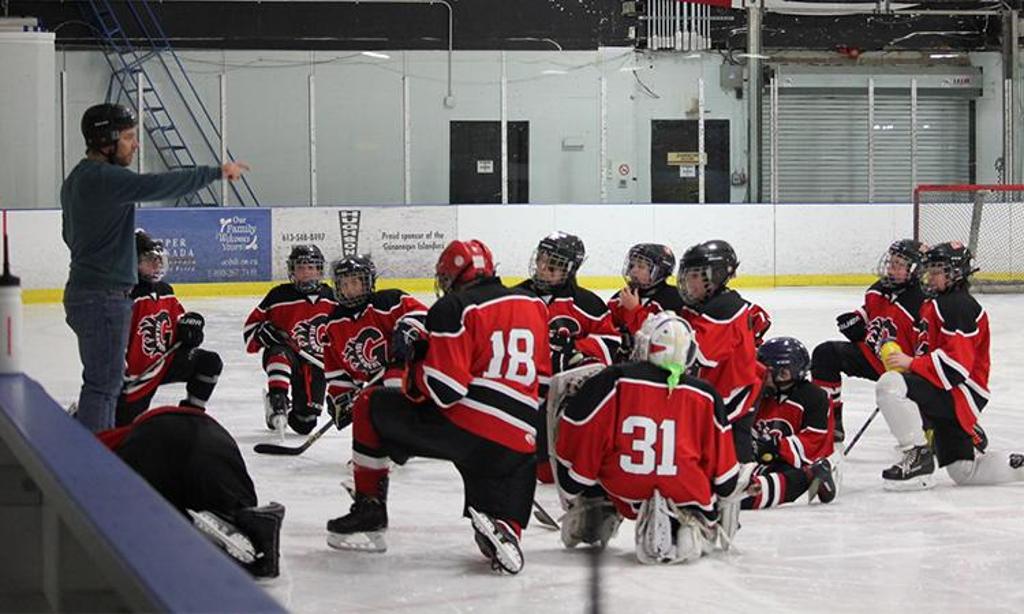 This season marks the sixth year of the OMHA Coach of the Month presented by The Coaches Site. We asked for nominations of deserving coaches and after much deliberation, Terry Desharnais of the Gananoque U13 HL team was selected as the Coach of the Month for December.

There are many reasons that make him a phenomenal coach. Being a house league team we have many kids at different levels of ability. Kids on the stronger side of hockey skills, he tries to build them up as leaders. Hockey practice as a parent may be my favourite thing to watch. Terry has his drills planned out that ahead of time, based on last weeks game play. He makes drills that are suited for all skill levels and fun. And if its not fun he gets in there and does it will them. He never gives a drill he is not willing to do himself.

Terry also gives our kids more than hockey skills, he is teaching them inclusion and respect. We have two girls on our hockey team, so he asks all players to be ready 10 min before the game so that the girls can come into the change room for the pre-game & post-game talk. He wants all players to feel like they are part of the team. On our team we have kids that have some different struggles in life such as, Autism, depression and Speech impediments but Terry always shows patience and may take a different coaching approach to each individual child. One may need the hard truth "Hey you got to hustle out there I know you got it in you" to "Wow I see you trying if we keep working and we will get there".

I know the kids love having him as a coach. The boys begged me to stay to watch Coach Terry play (pick-up hockey). They were the only ones in the stands cheering, and you know they listen to there coaches because from the stands the boys were yelling "don't pass in front of the net" "Come on hustle give your man someone to pass to" and when his team scored they cheered sooo loud the other team of "old guy hockey" asked Terry who are those kids. He told them "oh just my Hockey Team, I'm there coach."

All of this and he doesn't even have a kid on the team, he is doing this because he found out that without a coach we wouldn't have had a team so he stepped up and donated his time. Terry believes in the benefit Minor Hockey give our kids. We are so lucky to have him and our kids think so to.

Coach Terry grew up playing house league hockey in Gananoque. His first time as part of a coaching staff was when he was 18 years old and working with his little brother's team. A few years later, he became the assistant coach for the U16 rep team with his house league career coach. Last year, Terry was the trainer for the U11 house league team. This season, he was initially going to take the trainer position again because he doesn't have a child on the team but ended up as the head coach.

What keeps you coming back as a non-parent coach?

This is my first year but it won’t be my last for many reasons. My appreciation for the opportunities I had as a kid playing in Gananoque and the volunteers I had work for me and my teams. Another reason is being a part of the community. It adds a level of joy being out and about. You see kids you have worked with or connected with at the rink through the hockey family and it makes you feel a part of it because they show joy when they get to see you outside of practice or game times. The kids will bring me back, and hockey - I love the sport. Everything about it, how it brings people together, the life and game lessons you learn.

What goes into your planning before each practice?

The first thing is understanding the level of skill I get to work with and how complicated can things be. I take mental notes of the previous games and decide from there whether I want to work on breakouts, penalty kill, powerplay or skills. With some research, I pick a couple drills to help with the specific areas of struggle. I always start practices light with some puck handling and never forget my warm up. The kids always get a good skate and I never hear any real complaining because I’ve done the warmup with them. 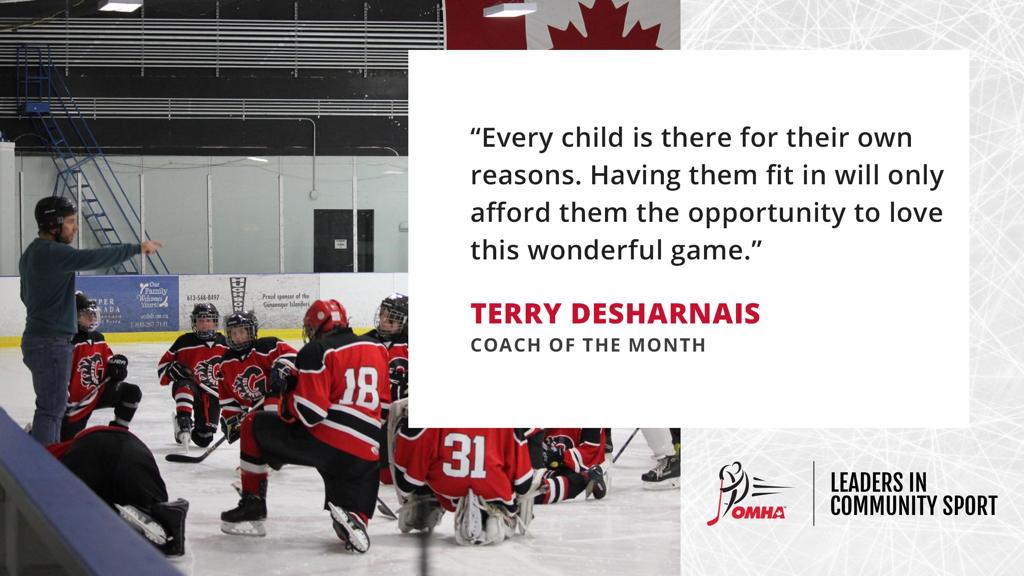 How do you balance all of the skill levels on your team?

Get to know the players. Watch them communicate, watch their habits. Some players work better with others regardless of the skill. Some kids get excited to play with others which elevates their games and some kids are mature enough to be the leader of the line and finding the perfect combination that works for MOST is how it all gets balanced.

Why is it important for every player on your team to feel included?

It’s important for me that all kids feel included because you never know why they are there playing hockey. Maybe they truly love everything hockey and want to learn and grow and get better to maybe move up to a representative team, maybe they are there to make friends but are not the most athletic but don’t care about that. Maybe they have an autism diagnosis and require the social interactions. Every child is there for their own reasons and having them feel like they fit in will only afford them the opportunity to love this wonderful game.