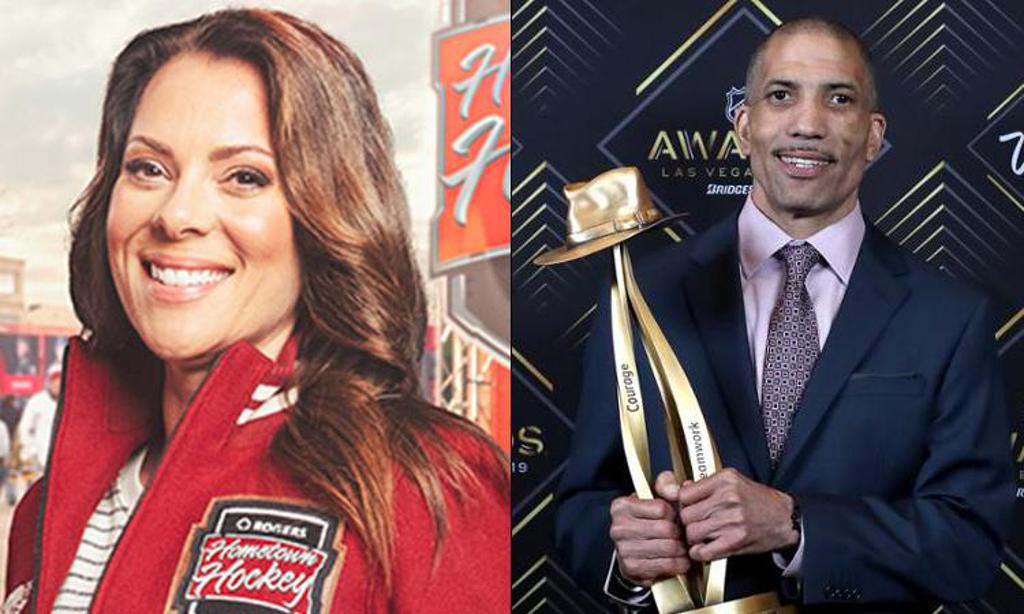 We are excited to announce that Tara Sloane and Rico Phillips will be the guest speakers at our upcoming Annual General Meeting!

Growing up a hockey fan, Tara Slone first professionally pursued her passion for music, becoming the lead singer of the Juno-nominated rock group Joydrop, and as a finalist on the hit CBS series Rockstar: INXS. Slone currently co-hosts Rogers Hometown Hockey alongside Ron MacLean, and helmed the weekly Sportsnet series Top of [HER] Game, focusing on stories of empowered women in the world of sports.

Rico Phillips the first ever Director of Cultural Diversity and Inclusion with the Ontario Hockey League. He is a change-maker in the sport of hockey, having begun his role in the game as a high school hockey referee in the 1980’s. In 2010 he founded the Flint Inner-City Youth Hockey Program in an effort to increase racial and socioeconomic inclusivity in minor hockey. In 2019 he was awarded the NHL’s prestigious Willie O’Ree Community Hero Award. He is a retired member of the City of Flint Fire Department.

The Dinner and Awards evening will be hosted by Dan Pollard. A veteran of over thirty years on radio, Pollard has previously worked with TSN, CBC and Sportsnet and can now be heard on 105.5 Hits FM. He also serves as General Manager of the station.

Other highlights include the honouring of OMHA Award winners as well as the Essay Contest finalists.