RECAP: U13 AA Tigers cap off season with #RedHats at OMHA Championships

Defeat Oakville in the finals in Kingston 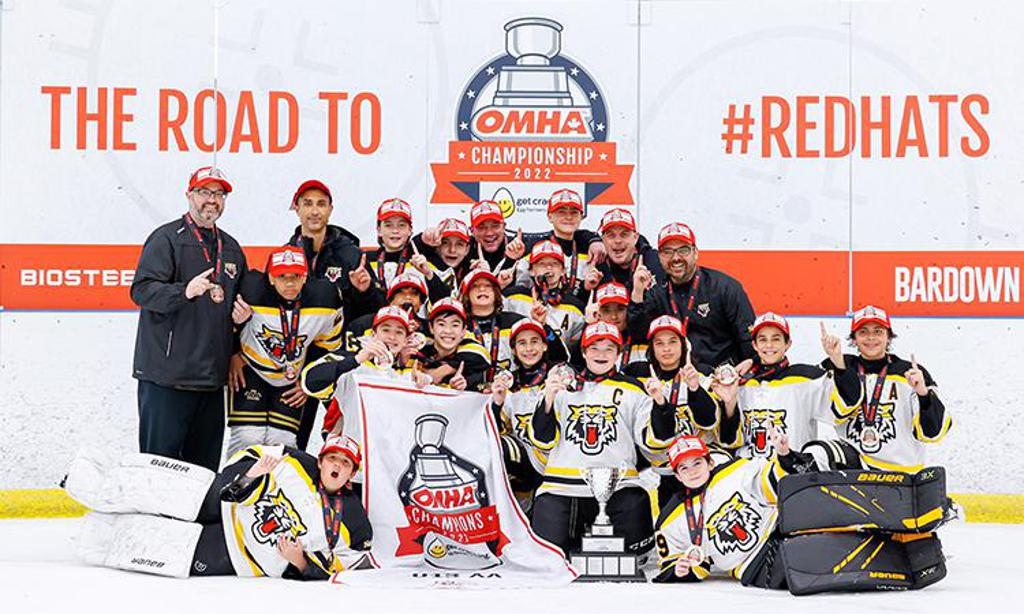 Karson Stickle and Lucas Desnoes combined for five points as the Aurora Tigers topped the Oakville Rangers 6-0 to claim the #RedHats at the U13 AA OMHA Championship presented by the Egg Farmers of Ontario.

Desnoes earned the player of the game award in the final with a pair of goals and an assist. Stickle scored once and added a helper as the Tigers polished off an undefeated weekend.

Billy MacMillan was strong in net when needed for the Tigers, clinching the shutout.

“Stickle was working his tail off all over the ice, so was Desnoes,” Tigers head coach Eric MacMillan said on the ice after the presentation of the medals. “They all were, every single kid worked their hearts out and left it all on the ice.”

Desnoes opened the scoring on the power play when he found some open ice and chipped a pass into the empty side of the net for the early lead.

The Tigers doubled up on the man advantage when Stickle found a rebound and stuffed it in.

Aurora added another goal, at 10:26 of the second period, courtesy of a shorthanded dash from Desnoes. After a blocked shot, the forward darted through the defence and buried a shot over the goalie’s glove.

“Special teams worked really well for us,” the Tigers coach said. “We got our power play going and then scored the shorthanded goal which was huge.”

MacMillan said after missing out on hockey the last two seasons because of the pandemic it was great for his team to leave Kingston with gold medals around their necks and #RedHats on their heads.

“It’s a whole year of hard work that got us here,” he said. “To be able to do this the first year back is amazing and I’m so proud of these boys.”

The coach knew the weekend’s games would not be easy and his team would be tested.

“I said to the boys coming here that competition is going to be hard. These are all champions of their leagues that are here,” MacMillan said. “Even though the score says six to nothing in this one, it was still a battle just like the rest of them.”

In the day’s other championship games, the Whitby Wildcats defeated the Barrie Jr. Colts 3-1 in front of an enthusiastic crowd to claim the U12 AA crown. The Burlington Eagles topped the Halton Hills Thunder 2-1 in the U14 AA final, and in the last matchup in the U15 AA division the Guelph Jr. Gryphons scored a pair of goals in the third period to knock off the Newmarket Renegades.

Stuart Miller-Davis is a student in the Sport Journalism program at Centennial College. Follow him on Twitter @StumillerDavis 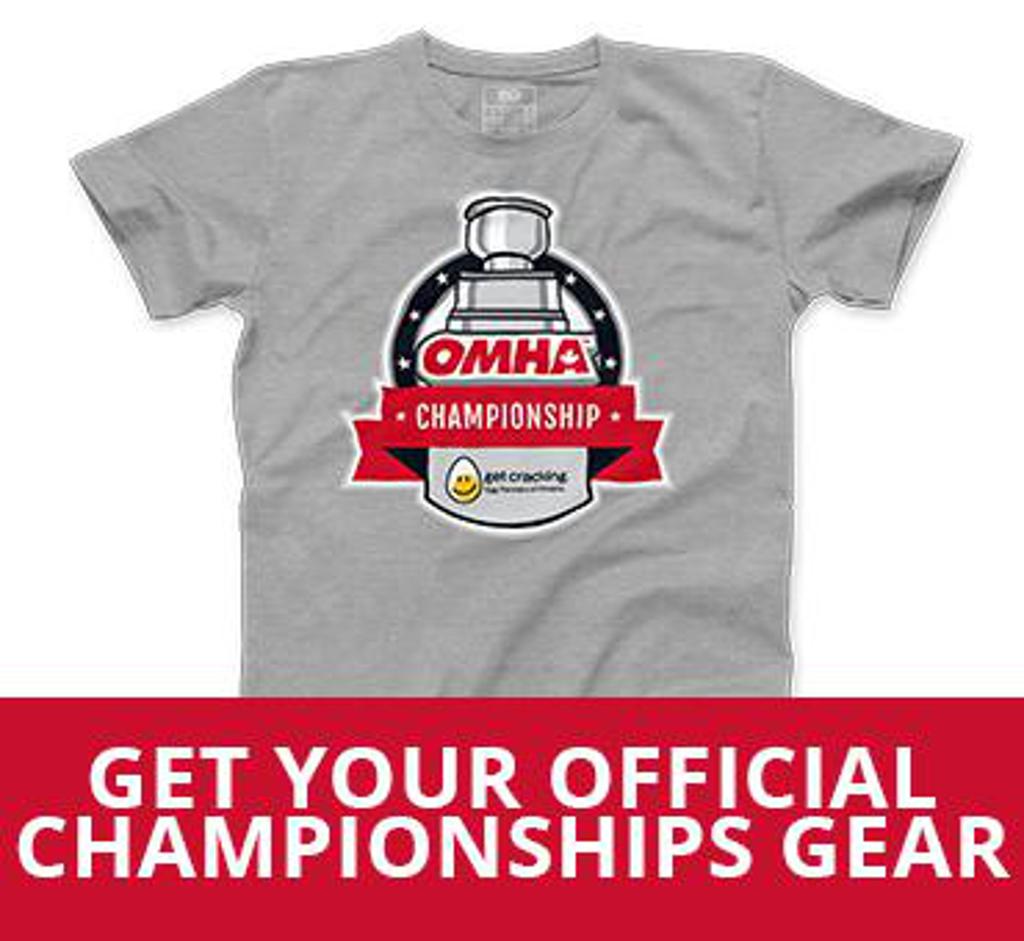