Toros forward is a top prospect 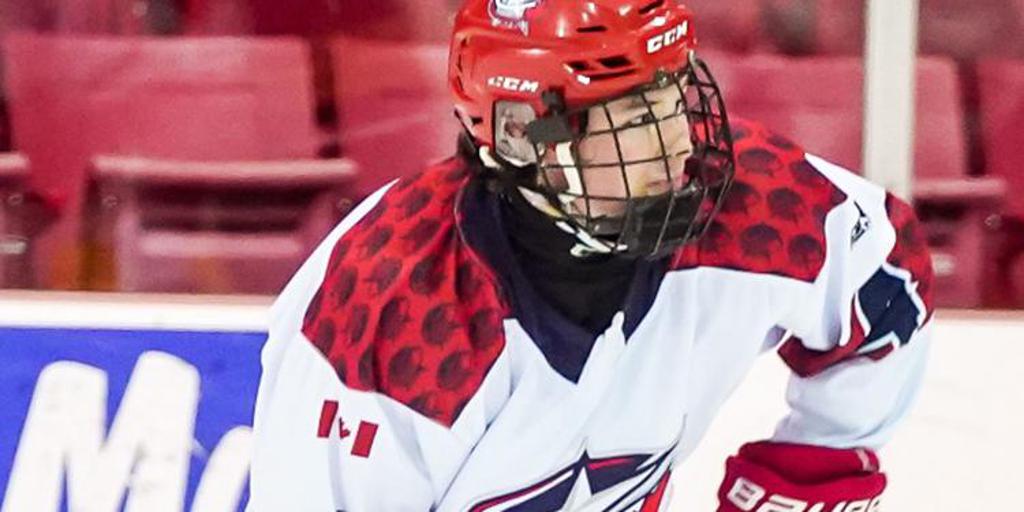 Clarington Toros forward Jacob Therrien is the most intense and driven player that long-time minor hockey coach Paul Reed has ever mentored.

That is strong praise, considering the Toros AAA U16 head coach has come across many young hockey aspirants in his 15-year coaching career.

“[Therrien’s intensity] doesn't come along very often,” Reed said. “There are players that will be just as good or whatever, but just how he carries that and how it comes out in him and in his personality, it's very unique… the intensity that he brings to the to the game, to the rink really.”

Reed also raves about Therrien’s work ethic, both on and off the ice. He shared how the promising winger showed up “super shaped” when they came back to dryland training earlier in the year ahead of the U16 campaign.

Therrien is a top prospect in the upcoming 2022 Ontario Hockey League (OHL) draft. Reed knows that whichever team will be fortunate enough to land him will get a kid who will come into camp ready to go.

Therrien scored 24 goals this season, second among all players in the U16 Eastern AAA Hockey League, while his average of 0.89 goals per contest ranked third.

The numbers attest to his prowess as a high-level, shifty, and crafty scorer. But more than anything, he believes his willingness to embrace contact and physicality will help him stand out at the next level.

“I feel like I'm a highly-skilled forward,” Therrien said. “But I also like to compete very hard. Every time on the ice, I want to be the hardest worker. And I'm also not scared of anyone on the ice no matter their height, weight, or anything.”

Standing five-foot-six, Therrien is a bit undersized compared to his peers on the ice. Nonetheless, a sturdy build and a strong athletic background allows him to go toe-to-toe with bigger players.

Not only is Therrien exceptional at hockey, he is also a high-level lacrosse player with the Evolve Lacrosse Club. He says the physicality, hand-eye coordination, and wrist movement needed in playing lacrosse has translated well into his hockey game.

Aside from sports, Therrien also thrives academically. He has been part of his school’s honour roll the past three years and makes sure to get his school work done first.

“If I fall behind on an assignment, then I make sure to do extra work on that and spend extra time on it before I practice my sports,” he adds. “But I feel like I get that done pretty well in class."

Having just turned 16 in February, Therrien will enter the OHL as one of the younger players.

The competition will only get tougher. The pace of the game will become quicker. He will find other players who are just as fast, if not, faster.

But Therrien feels his overall compete level will make him stand out when he gets to the bigger leagues. As a smaller individual, he plays with a chip on his shoulder every time he goes out on the ice.

Reed is also seeing just how important the defensive side of the game is for Therrien. He’s taken notice of how far the teenager has come with his defence en route to becoming a 200-foot hockey player.

While Therrien is aware he has ways to improve defensively, he knows he has made strides in that aspect of his game.

Reed is optimistic Therrien will be just fine moving forward as long as he continues with the same mindset and intensity he’s played with throughout his minor hockey career.

“In that way, he’ll be very hard to play against,” Reed added. “Teams will struggle playing against him, because they know he's not going to take his foot off the gas.”

Mike Cruz is a student in the Sport Journalism program at Centennial College. Follow him on Twitter @13MikeCruz