Five high school students who made a big impact in their schools and in their communities -- in addition to being recognized as top players and volunteers in the OMHA -- are the winners of $8,000 post-secondary bursaries from Dairy Farmers of Ontario.

The recipients are: Luke Bailey (Lambeth), Evan Muller (Oakville), Dylan Pergentile (West Niagara), Aidan Proderick (Loyalist), and Henry Stephenson (Lindsay). They were selected from the 2020-21 minor hockey season and are currently attending university. Profiles of each recipient, including videos, can be found below.

Aidan Canning of East Gwillimbury and Jakob Pedersen of Oakville were awarded the Wally Scott Bursary of $1,250 as part of the OMHA Bursary Program.

“DFO is happy to partner with the OMHA as part of our MilkUp program, which was created with youth success in mind. Under the MilkUP brand, we commit to providing a meaningful, measurable and enduring effect on youth sports and highlight the benefits of milk in a healthy, active lifestyle at all ages and skill levels,” said Cheryl Smith, Chief Executive Officer at DFO. “Our MilkUP brand campaign aims to reintroduce milk to Ontario youth in a way that inspires, celebrates and motivates teens to find the strength and energy on their journey in realizing their untapped potential. The bursary program will recognize some of the outstanding Ontario youth athletes who demonstrate MilkUPs values: perseverance, originality and heart.”

“We are extremely proud of the five recipients chosen for the Dairy Farmers of Ontario Bursary this year,” said Ian Taylor, Executive Director of the OMHA. “Their desire to give back during a challenging year in hockey and their excellence in the classroom shows their leadership as people and players. I am confident these five great athletes and students will continue to shine in their post-secondary education.”

Luke Bailey’s always been about helping others and he found a new way of doing that during COVID-19. Whether it’s peer to peer tutoring or coaching his neighbour who is a Special Olympian, he continued to find opportunities to assist those around him.

“During the pandemic where we had a lot of online learning taking place, Luke found a way to continue supporting students in this online environment and it just goes to show you the type of person that he is,” said teacher Kenji Takahashi.

Bailey is currently a student at Queen’s University where he is studying Commerce.

“I’ve just really been interested in business since I was young. I’m also very interested in entrepreneurship and when I’m older I may consider starting my own company.”

That drive to be a leader in his community is nothing new to Bailey, who has helped coach his neighbor Mellie during her events at the Special Olympics.

When he was a student at Saunders Secondary School in London, Bailey was actively involved as a peer tutor and with the STEM program. He could also be found volunteering at the local food bank.

He was able to find a safer way to continue his volunteer activities during the pandemic. Through online learning or contactless delivery for the food bank, Bailey continued to give back to his community over the last year.

Along with hockey, volunteerism has always taken up a large portion of Evan Muller’s schedule.

Over the last year he received a federal grant for the Fresh Food Project where he worked with local farmers to create baskets with fresh produce for the local Oakville food bank. This endeavor continued his passion for giving back to the community.  He previously helped out with the Kerr Street Mission and Santa Claus Fund.

On top of that, the Oakville Trafalgar High School graduate was a four-year Honour Roll student.

“Hockey means everything to me. It’s where I’ve made most of my friends,” said Muller, who is studying Management and Organization Studies program with a major in Accounting at Western University. “I’ve definitely learned a lot from the coaches and role models and it’s always been an enjoyable experience where I can go and have fun.”

“As his skills developed he became a lot more confident and he took that into high school and into the real world,” said his father Charles Muller.

While he played for 12 seasons, Muller also spent time as a timekeeper, referee and volunteer at the rink.

He is now in his first year in the Management and Organizational Studies program at Western University.

The student with the highest ever average in Blessed Trinity Catholic Secondary School’s 26-year history is being rewarded for his hard work through this bursary.

He is now attending McMaster University for Integrated Biomedical Engineering and Health Sciences.

“It allows me to continue studying physics, biology, chemistry and math which I really enjoyed in high school,” said the former West Niagara Flying Ace.

Pergentile, who was named Salutatorian during his graduating year, also received the school’s Governor General’s Academic Medal for highest average in Grade 11 and 12.

He was heavily involved in extracurriculars at Blessed Trinity including sports teams, mentoring and tutoring groups and the DECA program.

Pergentile was an important member of the school’s REACH team, testing their knowledge in fast paced quiz challenges.

“He shares his academic talents. He tutored, and on the REACH team he shares his talents because it is a trivia-based team,” said Pergentile’s Guidance Counselor Rose Heron.

Being a leader in his community is something Pergentile took to the rink through his seven seasons with the West Niagara (formerly Grimsby) Minor Hockey Association.

“Minor hockey has probably been one of the most rewarding experiences for Dylan. He just took off with it and didn’t look back and he started taking that over into other parts of his life,” said his father Dan Pergentile.

“Respect and responsibility and the importance of friendship and trust with teammates,” said Dylan on what he’s learned from hockey. “It’s also taught me lessons through working through problems within a team on the ice or off the ice and those problem-solving skills and way of tackling them have benefitted myself academically.”

Aidan Proderick led the way for his team on and off the ice when the team had to deal with the COVID-19 pandemic.

Proderick’s Loyalist Jets team made the OMHA Finals in one of his final years of minor hockey.  It should have been a moment of celebration. But Proderick’s moment of joy was cut short because of the pandemic in March 2020.

Instead, he found himself along with a teammate speaking on behalf of the team in the local media about the cancelled season.

“I was extremely proud at the way they handled themselves and the maturity and conduct and the way they expressed their disappointment,” said his coach Chris Kelly.

For his four years at Holy Cross Catholic Secondary School, Proderick was on the honour roll while also being a valuable part of the soccer, volleyball and badminton teams.

Proderick is now enrolled in the General Arts and Economics program at Queen’s University.

“I believe that the skills he’s learned through his sporting pursuits have transferred nicely over to his academic pursuits because he’s learned how to manage his time, prioritize, work in a classroom and team environment,” said his high school guidance counsellor Ana Cantarutti.

Maintaining a 98 percent average is challenging enough, yet deciding to learn Mandarin on top of his regular academics proved to be no issue for Lindsay’s Henry Stephenson.

“I find Mandarin really interesting because it’s so different than English,” said Stephenson. “I’ve got a big stack of books that I’ve been studying and trying to get as much speaking in with people in town as I can.”

Along with his busy hockey schedule, Stephenson was also cross-country provincial finalist and a member of the soccer, rugby, tennis and badminton teams during his time in high school. On top of that, he is a Level 10 piano player with the Royal Conservatory of Music.

“Henry’s on a different path than most. He’s an elite young man and he’s going to do amazing things. It wouldn’t shock me if one day we’re all working for him,” said his hockey coach Trevor Catherwood.

“He’s an excellent kid to coach,” Catherwood continued. “On time, listens, wants to do what you’re showing him and not an ounce of trouble out of him.”

Stephenson is in his first year studying Bioengineering at McGill University.

“I really like that I’ll have the opportunity to solve problems that might not have come up before,” said Stephenson.

Stephenson was a player for 10 years and a timekeeper for two seasons with the Lindsay Minor Hockey Association.

“Whatever he takes on he does it to the best of his availability, it doesn’t make a difference what he takes on,” said Julie Hendren, his teacher at I.E. Weldon Secondary School.

He also put together recorded musical recitals for seniors homes in the area and was a regular volunteer at the local food bank. 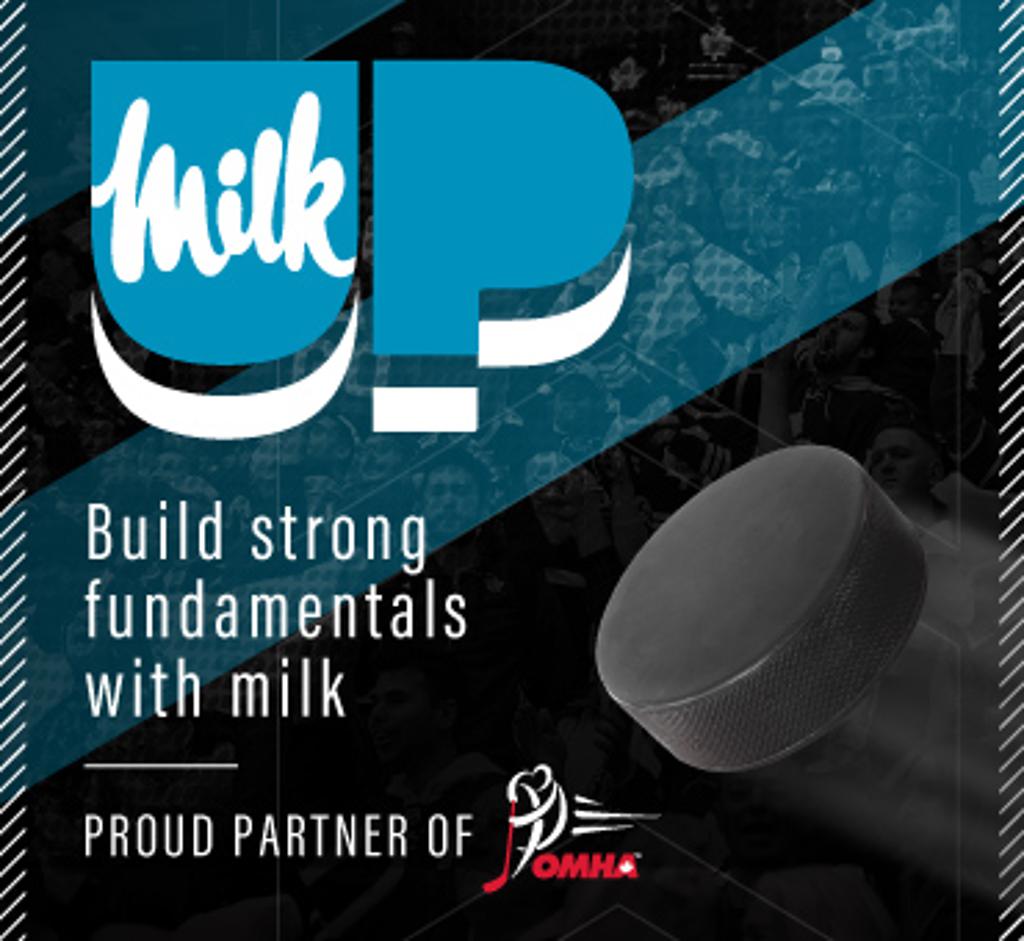