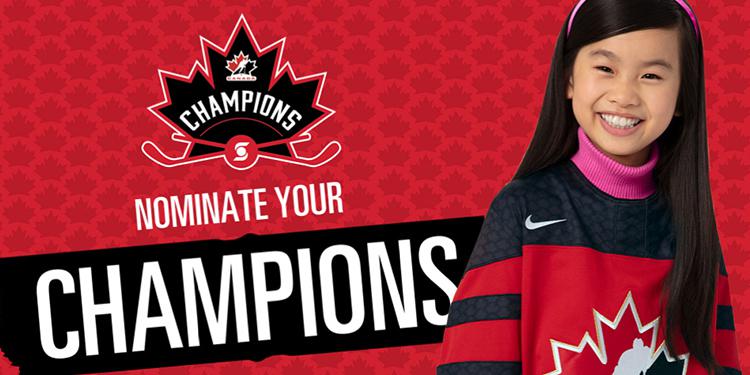 We can all appreciate the work that volunteers do throughout our communities. They dedicate hours of their own time to give back to other and to ensure a positive hockey experience for everyone involved. In an effort to recognize these individuals, the Hockey Canada Community has been launched. It is an online destination to share and celebrate great Canadian hockey stories.

Millions of Canadians from coast to coast to coast are involved in making hockey happen, and every one of them has a story. The mentorship of a coach, the tireless efforts of a volunteer, the inspirational story of a teammate, the communities that have rallied together to support our game – Hockey Canada wants to recognize and celebrate those who have helped to make hockey such a positive experience for its participants.

Beginning this month, Hockey Canada Community will feature a revamped version of ‘Tom’s Talks’, a popular video series where Hockey Canada CEO Tom Renney will deliver impactful messages related to hockey, as well as two monthly video or written feature stories about Canadians dedicating their time and passion to the game.

“The Hockey Canada Community, presented by Scotiabank, will highlight the incredible individuals from coast to coast to coast that are helping make the game special for all those who wish to participate,” said Renney. “Hockey doesn’t happen if not for the people that dedicate their time and effort to making the game better, which is why Hockey Canada and Scotiabank are excited to reward the individuals that work tirelessly to create positive hockey experiences in their communities.”

In addition, Hockey Canada will recognize and honour a monthly Hockey Canada Champion that is making a significant impact on the game in their community. The Champion will be presented with a Hockey Canada jersey, a Scotiabank prize pack and will have a video feature produced about their involvement in the game.

Hockey Canada Champions will include players, coaches, officials, parents, guardians volunteers or any individual who demonstrates a passion for the game and has dedicated time to helping the hockey community. Champions will be nominated by Hockey Canada’s Members or through public entry using the online nomination form.

Like the OMHA, Hockey Canada believes that being part of a team gives young people more than just a chance to play, but also a chance to become involved in their community. The two organizations remain committed to working together to create more opportunities for kids to play in addition to the Hockey Canada Community. 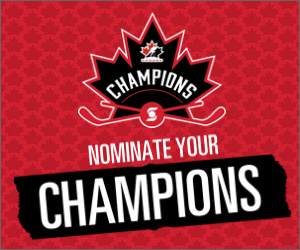