Why Specializing Early in One Sport is a Bad Idea

When, If and Why your kid should specialize 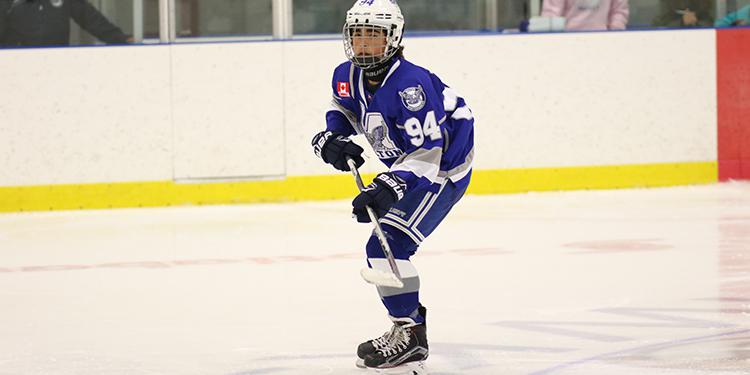 By: Active for Life

If you want your child to become a superstar hockey player, figure skater, or other athlete, when should they specialize in that one sport?

It’s a question that often generates heated discussion among coaches and sport parents. All too often, in most sports, children are pushed to specialize too early.

Too many coaches and parents push them to focus on one sport long before high school in the belief that they will “miss out” if they don’t. The thinking is that they need to “get ahead of the pack” by putting in the extra hours and staying away from other sports.

Meanwhile, the research suggests that specializing too early probably prevents most kids from reaching their full potential in their sport. They might win the district championships for Grade 8 or Grade 10 basketball, but that will be their peak achievement. They won’t make the cut for the national team and the Olympics at age 19.

It seems counterintuitive. How could specialization reduce your success?

Active for Life is a Canadian not-for-profit social initiative founded by B2ten. They are a national initiative created to help parents give their children the right start in life through the development of physical literacy.
Check out their great resources!

It’s connected to physical literacy and the need to develop a wide range of physical, mental, and emotional skills within sport. When researchers look at top athletes across a range of sports, the majority of them are distinguished by broad athletic ability from playing a variety of sports as children. This kind of broad athleticism doesn’t happen when kids specialize in one sport from an early age.

Is early specialization wrong for all sports? No. But research shows very few sports where it helps.

Sports and activities such as gymnastics, figure skating, diving, and dancing generally require early specialization. To reach the highest levels of competition, your child needs to start young and spend most of their time practicing that sport or activity.

However, sports such as hockey, soccer, basketball, baseball, and tennis are late specialization sports. If you want your child to have a chance to go to the Olympics or the World Cup in these sports, the evidence suggests they should also play other sports until at least age 14. This is called “sampling” or “early diversification”.

So when should your child specialize in one sport? First of all, you should ask them if they even want to specialize. Maybe they don’t want to, and that’s okay. Not everyone dreams of going to the Olympics or playing in the NHL.

However, if we imagine that your child shares your enthusiasm in a late-specialization sport such as hockey, soccer, squash, volleyball, baseball, tennis, or basketball, there seems to be a general age range where specialization becomes important. It depends on the sport, your child’s level of maturation, and—if we are talking about a team sport—their playing position. The general rule would be sometime around the middle of high school, or ages 14-16 years.

When you feel the urge to make your child specialize early, remember that Steve Nash didn’t even start playing basketball until he was 13-years-old. Wayne Gretzky started hockey young, but he also played baseball, lacrosse, and tennis into his teens.

Active for Life is a national initiative created to help parents raise physically literate children. At activeforlife.com, parents, educators, and coaches will find fun activities, engaging articles, and free resources to get kids active, healthy and happy. Sign up for Active for Life’s monthly newsletters. 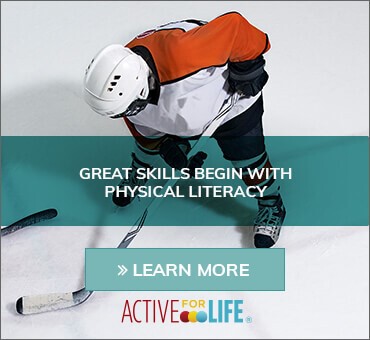