The Hockey Lessons We Learned From The Last Dance

What to know about team building, player personalities 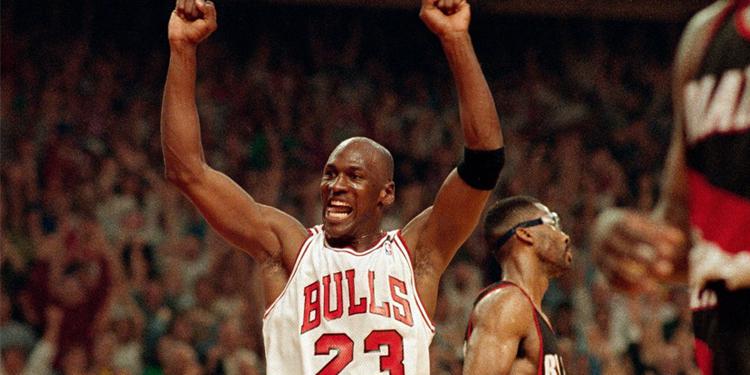 With the lack of new content on our television screens over the last few weeks sports fans have been craving something they don’t already know the final score of. That’s why when it was announced that a behind the scenes documentary on one of sport’s all-time legends was being released months in advance to satisfy this demand, it was met with great fanfare.

The Last Dance provided an unprecedented look at one of the most dominant teams in sports history, the Chicago Bulls dynasty of the 1990s. Led by Michael Jordan, the team would win six championships over eight seasons, including two three-peats. But it wasn’t easy and there were certainly bumps along the way. As a team sport there are many parallels that coaches and players can take away from the series and apply it to hockey. Here are four of our takeaways from The Last Dance.

The Bulls didn’t become a dynasty overnight. It took until Jordan’s seventh season in the league before the team played for their first championship. They had some hard lessons to learn about overcoming adversity and team-building with matchups against the more veteran Detroit Pistons and Boston Celtics squads. It goes both ways - despite where your team may be in the standings, you shouldn’t count out the underdog or overestimate how strong the opponent is. There will always be other great teams and it can be a dogfight to advance, even if you have a Michael Jordan.

Despite his fierce competitiveness on the court, Jordan didn’t let his passion for baseball get in the way of his athletic prime. He changed his training regimen completely to balance the athletic demands of both sports. If your kids enjoy playing more than one sport let them embrace it. The different movements and skills required help them become better overall athletes.

It Takes a Supporting Cast

Sure, having an all-time superstar like Jordan is great but they can’t do it themselves. This is where it’s up to coaches to get the best out of every player and helping them succeed in whatever role they have. What you manage to do with the cast can take the whole team to the next level. Steve Kerr was a three-point specialist and Dennis Rodman was a ferocious rebounder and defender. Both players were vital to the team’s overall success. Managing all the different personalities is one of the final pieces of the puzzle.

In the heat of competition there can be many lows of sportsmanship on display. In The Last Dance we saw two instances – one within the Bulls team and one from an opponent. With the Bulls down in a playoff game and having possession for a potential game-winning bucket, Scottie Pippen was so upset that he wasn’t taking the shot that he sat out the entire play. As drawn up by coach Phil Jackson, the ball ended up in Toni Kukoc’s hands and he nailed the game winner regardless, proving you need to believe in your teammates.

The other situation was when the Bulls had finally overcome the Pistons in the playoffs. As with the Stanley Cup playoffs, teams generally shake hands following each playoff series. However, the Pistons ignored the custom and simply walked off the court without acknowledging the Bulls at all. This incident has remained a stain on Isiah Thomas’s career, a sad mark for one of the best point guards in history.