Ayres: "Hockey Should be a Positive, Fun Game"

What the emergency backup goalie says about his life-changing experience 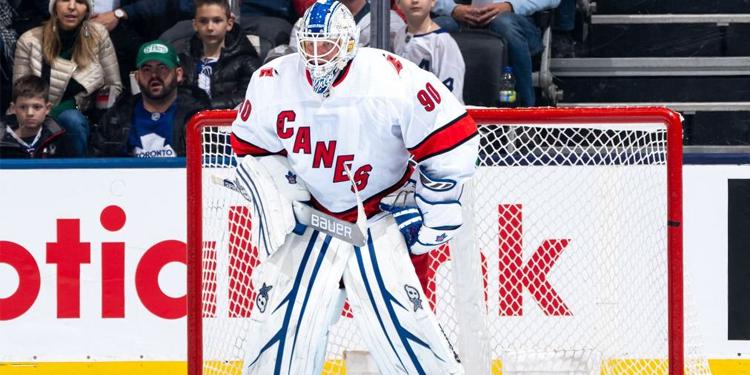 By now everyone knows the story. It’s been a whirlwind week for Dave Ayres since his call into action for the Carolina Hurricanes against his hometown Toronto Maple Leafs. The stage couldn’t have been bigger – a game at Scotiabank Arena on the Saturday night broadcast of Hockey Night in Canada. Coming into action as the emergency backup goalie, Ayres turned away seven of nine shots to secure the victory for the Hurricanes and launch himself into hockey folklore.

From being a guest on The Late Show with Stephen Colbert to trips to Raleigh and the Hockey Hall of Fame, Ayres has been recognized wherever the journey has taken him. It’s a far cry from his regular day job as the Operations Manager at Mattamy Athletic Centre and practicing with the Leafs and Marlies.

We spoke with Ayres to get to know more about him as a coach and his time in minor hockey in the OMHA.

What is your background in minor hockey as a player and coach?

I was with Whitby for all of my minor hockey. I think I started right from Squirt and went all the way up and played Juvenile. I always wanted to do coaching but having the chance to go and do the Marlies and Leafs stuff, this was my first year on the bench. I had coached some goalies before. Getting the chance to be an assistant coach with my buddy, I was all over it.

From your time as a player to what you see now, what do you love most about minor hockey?

The fact that the kids can grow. There’s a lot of good coaches out there, a lot of good systems in place to help the kids grow and get all the potential out of them. The camaraderie you get with your friends. Over the past couple of days I’ve had guys that I haven’t talked to since I played minor hockey message me. It’s good to keep track of guys that you played with when you’re 10 years old. You never forget those guys that you’re out there with.

Do the teamwork and friendship continue no matter the age?

It definitely carries through. When you get up to the NHL level it’s a lot more intense than when you are in minor hockey. It definitely intensifies, obviously you’re with the top players from all over the world, not just your region. Minor hockey is still fun and intense for the kids. We’re in playoffs right now and I know the kids are super pumped to do it.

How would you describe yourself as a coach?

Definitely fun. I make sure that the kids always have fun. We go back and forth along with the kids, I joke with them. I keep things light because hockey’s fun, it’s supposed to be fun. There’s no reason to really try and stress the kids out or be negative. Hockey should be a positive, fun thing all the time and that’s what I try and do. 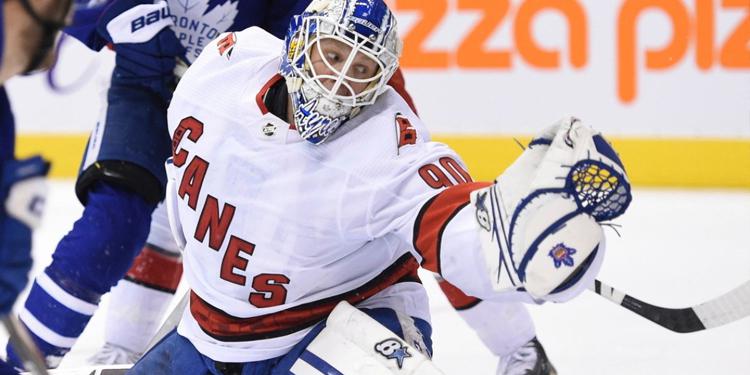 Since the game you’ve been involved in bringing awareness to organ donation. Why do you think it’s important for minor hockey teams to give back to their community?

It doesn’t take a whole lot of effort sometimes to give back on your part but the people that you’re giving to, it can mean the world to them. For me, it was super important to give back to the Kidney Foundation just to let people know that there’s people that have gone through the same thing you’re going through and they’ve come out on top. I think the kids should definitely go help out as many people as they can and put a smile on someone’s face. It could make their day.

What’s been your biggest takeaway from the experience?

That a story like mine, whether it was me or somebody else who went through it, it’s a positive thing, it’s something that can actually help people. It’s been great to see how people kind of grasp the story and I’ve had a lot of people message me, I’ve had hospitals call me and ask me to do speaking engagements for their foundations. It shows that it’s reaching out to people in a positive way.

Note: This interview has been edited and condensed for clarity.

Mitchell Machtinger works in Communications at the OMHA. He's worked with various sport organizations and is an avid fan of all sports.